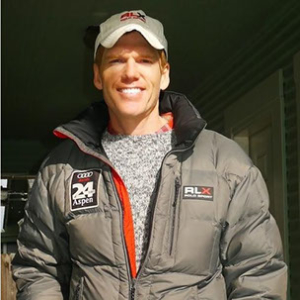 Markus Hutnak draws upon more than 20 years of design, development, and outdoor product experience to lead pivotOutdoor. His vision is to realize the application of graphene — the 21st century miracle material — into new products for the active and outdoor athlete.

Markus Hutnak launched his outdoor career in 1983 with a successful third ascent of Mt. McKinley’s Wickersham Wall, a 14,000 ft. snow and ice covered wall considered the largest in the world. Documented in Climbing magazine and The American Alpine Journal, the ascent still remains unrepeated and clearly pushed the limits of remote, Alaskan expedition techniques.

With that beginning, his expeditions have taken him to the Himalaya three times — twice on Mt. Everest — and a successful climb of Cho Oyu, the 13th American to climb the world’s sixth highest peak. Upon his return from Everest, he produced the one-hour documentary “Ten on Top, the 1994 American Ascent of Mt. Everest.”

His professional assignments include working with many prestigious brands including W.L. Gore, Ralph Lauren, The North Face, The National Geographic Society, Mountain Hardwear, SAKS and others. He received his MBA from Washington University, St. Louis in 1994

From those beginnings the drive has always been to engineer the best products possible for the world’s most extreme environments — pushing the fabric, engineering, and design envelope to drive innovation.